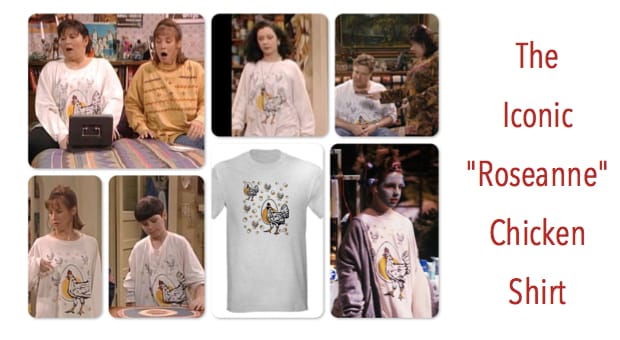 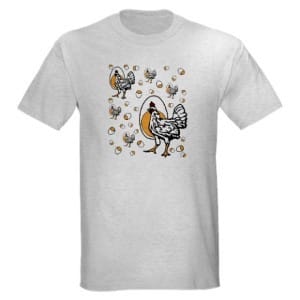 Order your retro chicken shirt like the one worn on Roseanne, today!

This year will not only mark the return of Roseanne to television but will also mark the 30th Anniversary of the original ‘Roseanne’ television series! According to Yahoo TV it was on Oct. 18, 1988, 30 years ago, that “Roseanne” debuted, introducing viewers to the most relatable working-class family since the Kramdens and the Nortons tried to eke out a city living in “The Honeymooners.

One of the most interesting tidbits divulged in this tribute to “Roseanne” was the fact that at some time during the series original nine season run,  most members of the cast sported a chicken t-shirt very similar to the one featured here.  It turns out that not only is the symbolism of the shirt one of the topics Roseanne Barr is asked about most often, in some circles it has become an icon for for what is sometimes called the “Pretty Ugly” movement.  According to Barr “The chicken shirt, it was just the ugliest shirt I ever saw, and we had this bet between us, the actors,” she said. “If you show something really bad on TV, it takes off. It was like another rebellious artistic statement, that it looks like art when it’s on TV.”

In addition to the classic chicken t-shirt, we found more chicken shirts in lots of sizes and colors! 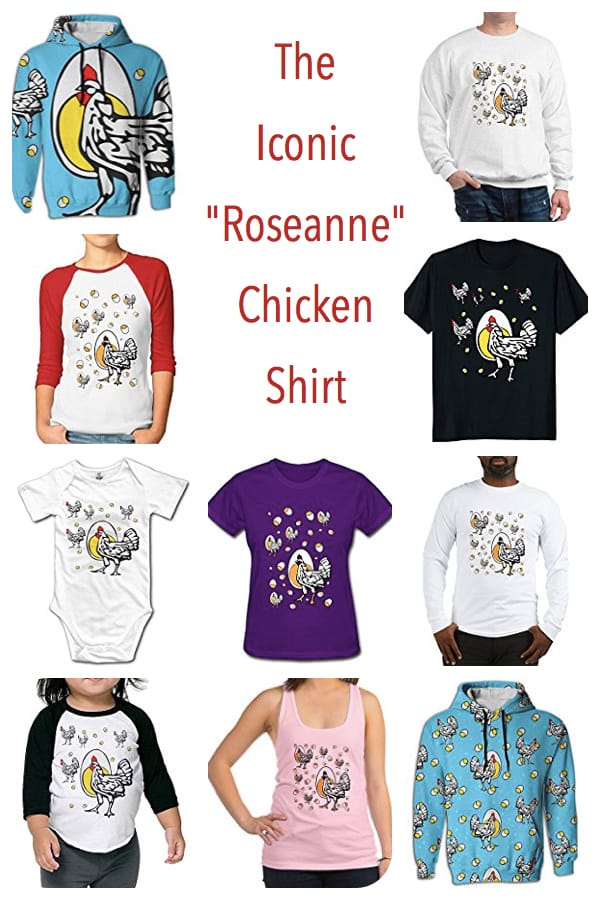 Wait! Turns out you can put the chicken shirt design on just about any products you can think of! 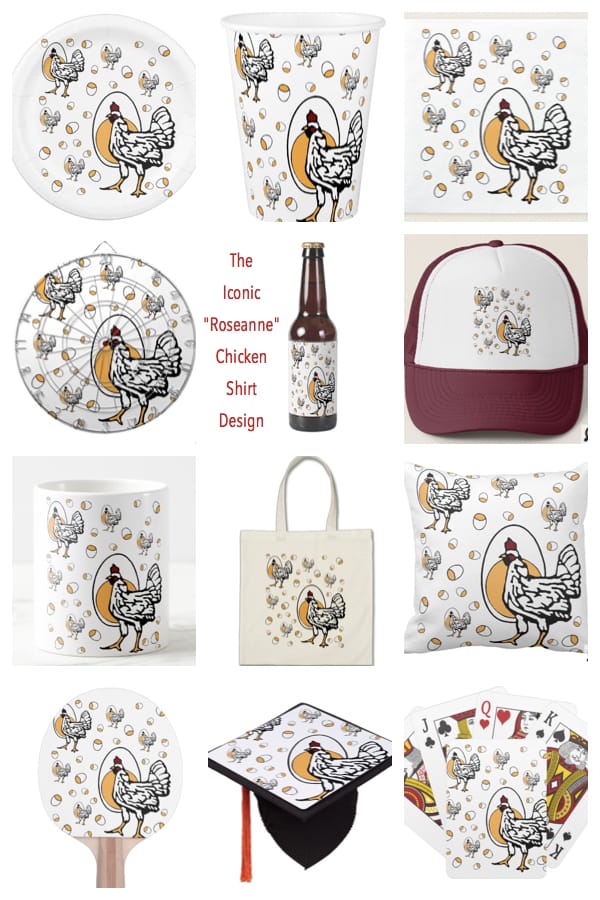 So now that Roseanne is soon to be back on television will we soon  be seeing a revival of the iconic Chicken Shirt? Hosting a Roseanne reboot party? Order your chicken shirt today so it will arrive by March 27th! Leave us a comment an let us know if you spot it!

You can watch full episodes of  the original “Roseanne” on TV Land. 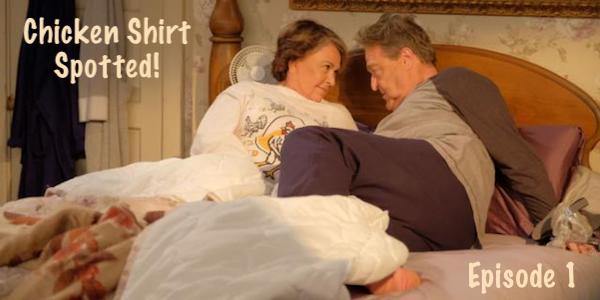 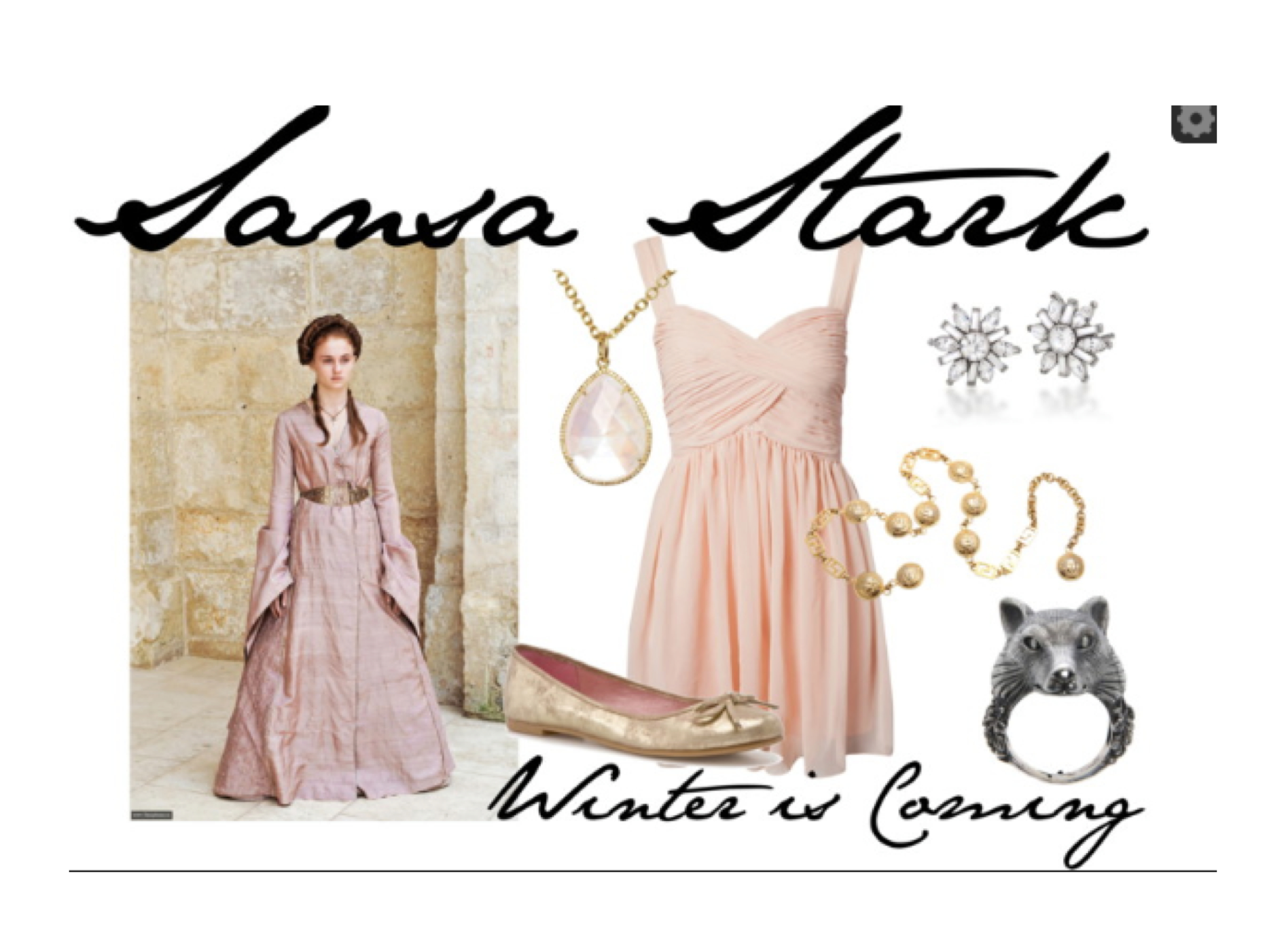 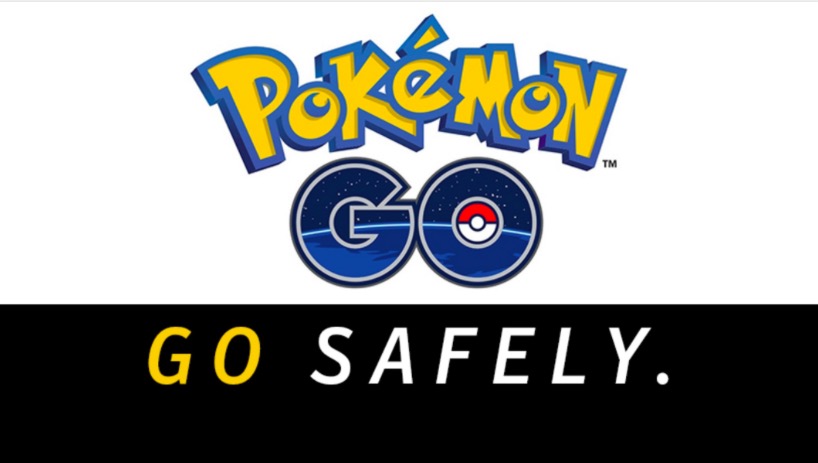 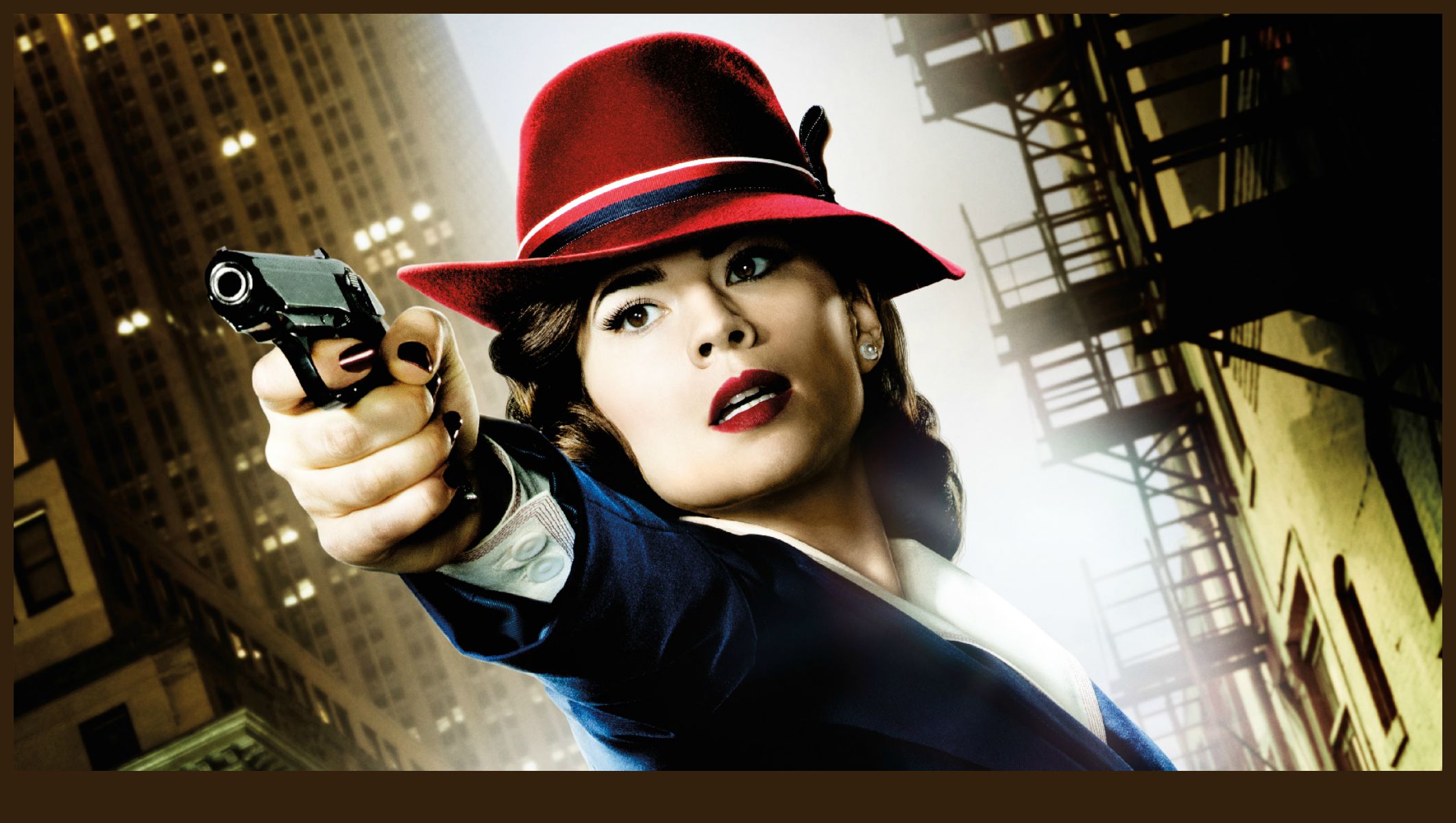